John McDougall is the Past-Chair of the Edmonton Police Commission. John moved to Edmonton from Ontario in 1986.  He joined the Canadian Armed Forces (CAF) in 1989 as an Army Medical Technician and has served at a variety of bases across Canada.  He completed his physician assistant training in 2008 and received his Masters from University of Nebraska Medical Centre in 2010 specializing in Emergency Medicine and Hyperbaric Medicine. He was deployed overseas numerous times and has worked with both the Royal Canadian Air Force and the Royal Canadian Navy.  John worked his way from a Private to the highest rank a non-commissioned officer can reach, Chief Warrant Officer.  In April he accepted a commission to Captain and was recently promoted to Major. These experiences have allowed him to appreciate the hard work of the front line workers and now from the perspective of a senior officer.  He continues to serve in the CAF as a clinician specializing in Aviation Medicine.

John has been a very active advocate for LBGTQ2+ rights in the community and in the CAF. In 2013 he raised the Pride Flag at CFB Edmonton, a first for any military base. He currently serves at the LBGTQ2+ advisor to 3 Canadian Division, the Army of the West.

John is strongly committed to a work life balance for himself and others. He believes this balance contributes to a solid family life and by extension, success at work. His dedication to diversity and inclusion has made him stand out in his military career and his endeavours outside of the military.

John has sat on the Board of Directors for the Canadian Association of Physician Assistants (CAPA) as well as director of volunteers for the Edmonton Pride Board. He has the continued loving support of his husband of 26 years, Dave. 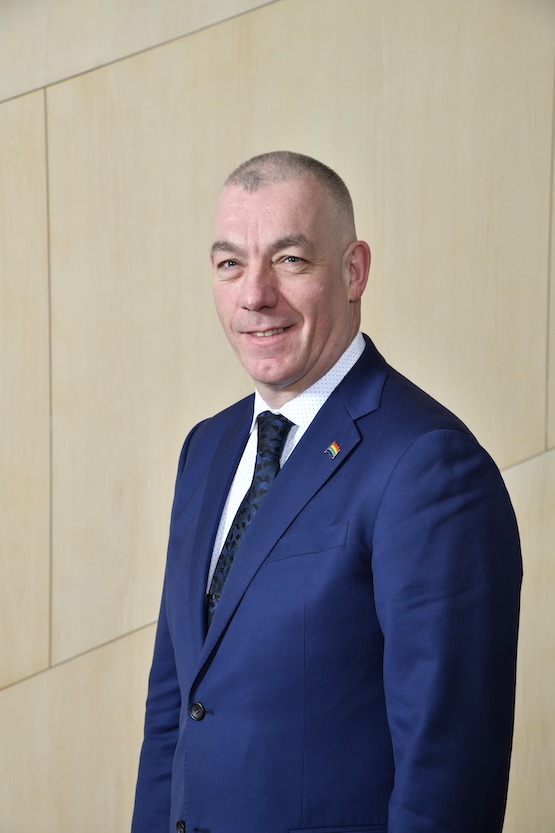